It will still be a few years before the first cars will drive through the Gaasperdamertunnel, the new land tunnel between the junctions Diemen and Holendrecht, but the software of the tunnel technical installations is almost ready for it. Strypes was involved in the development at an early stage and, as supplier of the local control software, played an important role in the successful completion of this ambitious project.

With a length of approximately 3 kilometres, the Gaasperdamertunnel is the longest land tunnel in the Netherlands. Moreover, it is the first motorway tunnel in the Netherlands to have entrances and exits in the tunnel to the S112 Gooiseweg. The tunnel consists of five tunnels and has a total width of about 63 metres. The middle tunnel is for an alternating lane in the rush hour direction. Tunnels are situated on either side for through traffic from Amersfoort/Almere to Schiphol/Amstelveen and vice versa, each with two lanes (and a space reservation for a future third lane in each direction). 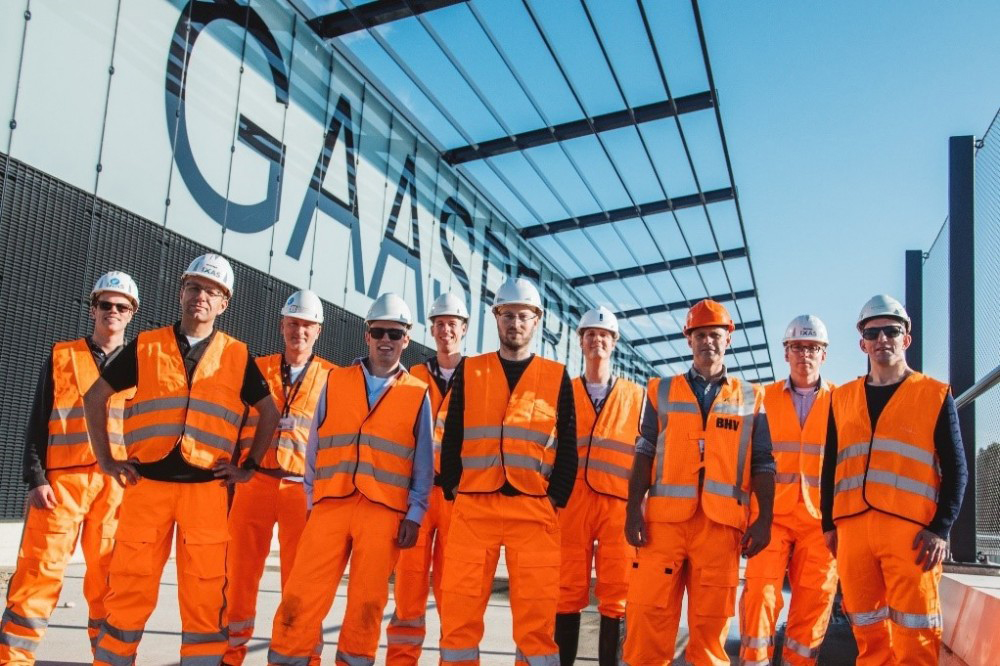 Two more tunnels are situated on the outside, each with three lanes for traffic with the destination or origin Amsterdam Zuidoost. A total of eleven lanes have therefore been created in the tunnel. The tunnel was commissioned by the Directorate-General for Public Works and Water Management and built by the IXAS consortium of contractors, consisting of Fluor, Ballast Nedam, Heijmans and 3i Infrastructure. The project is part of the Schiphol-Amsterdam-Almere road extension. From the tender phase of the project, consultants from Strypes helped design the system architecture of this tunnel, which is the first tunnel in the Netherlands to use a unique control concept. Unlike previous similar tunnel projects, where the total control and operation is housed on a single PLC/SCADA/DCS platform, IXAS opted for a different solution, where the control layer and coordinating functionality is housed in a x86-based platform and the software of the logical function fillers (LFVs) is housed in PLCs. This innovative architecture is schematically organised as follows:

Advantages of this approach compared to the more traditional architecture can be found in future stability, scalability and for IXAS in breaking through the traditional approach to development and thus, in close cooperation with its partners, more influence on process and content and therefore risk management.

The project: Phase Final Design (DO)

After the creation of the architectural design, Strypes participated in the project as implementation partner for the local management. During this phase of the project, our employees were closely involved from the client’s project location in the elaboration of the detailed design. Backed by years of experience on previous projects in the tunnel and infrastructure world, our designers helped to draw up interface and requirements specifications for the local control system for a wide range of tunnel functions, including energy supplies, traffic tunnel lighting, tunnel ventilation, overpressure installations and fire extinguishing facilities. IO lists have also been added during the UO stage.

During the UO phase of a project, the SRS/IRS documents drawn up in the DO phase are further developed into software design (SDD), working software and test protocols (STD). Strypes carried out this part of the project from its own separate project office. A controlled process was followed, to which the Strypes Development Philosophy made an important contribution. This allowed the local management to be established in a controlled manner.

Strypes has put together a multidisciplinary team for this phase, consisting of programmers, designers, testers and support functions, which was prepared during the start-up phase to realise the software using an Agile Scrum-based methodology. After a short period of familiarisation (for many team members this was a drastic change in their way of working), the team gradually entered a “flow” in which employees regularly dared to step outside their own comfort zone and take over work with which they were previously unfamiliar. As a result, we were almost always able to meet the set deadlines. Every fortnight a new sprint was started in which software was designed, built and tested. At the end of each sprint a release took place in which a new version of the software was delivered to IXAS.

Intensive coordination took place between IXAS and the Strypes development team on the content of the specifications per sprint. Any changes were placed on the backlog via a controlled process, after which the team included them in future sprints during planning sessions. This form of work resulted in a controlled and predictable process in which the client knew at what time which software would be delivered. In this way, Strypes (with the latest release in November 2017) made an important contribution to IXAS obtaining the availability certificate. The project: a key role during the integration phase

After completing the final sprint in January 2018, the Strypes project site was closed down and part of the team moved to the Gaasperdamertunnel to continue working with IXAS on processing the findings from the acceptance tests and commissioning.

During this phase, Strypes made an important contribution to the analysis of these findings and the determination of suitable solutions. Meanwhile, the project has entered the SAT phase with Rijkswaterstaat and in the design and development area, the final folds are being smoothed out.

Lessons learned & vision for the future

Looking back, we can conclude that the IXAS project has been a success in several areas:

In addition, the development process has ensured that Strypes has developed a number of techniques (including the Development Philosophy) so that future projects can be carried out in a controlled manner. The project also initiated the development of our Code Generator (DICTEE), about which we will write more extensively in a later blog. In any case, the IXAS project has strengthened Strypes as an organisation in the idea that we have the potential to be able to – and want to – do more such projects in the future.